what we think is worth sharing with you

Being Nosey : what happens when we breathe in bacteria 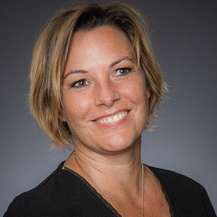 This anatomical illustration only hints at the extraordinary complexity of what goes on inside a nose.

A new study gives major insight into how our noses keep us from getting sick – even though we are surrounded by airborne bacteria.

When we breathe in bacteria, cells along our nasal passages release “tiny fluid-filled sacs,” called exosomes, that directly fight the microbes. They also warn cells further along the route, prompting them to do the same, effectively arming the whole system, according to research led by Benjamin Bleier, a sinus surgeon at Massachusetts Eye and Ear in Boston, US.

“Similar to kicking a hornets’ nest, the nose releases billions of exosomes into the mucus at the first sign of bacteria, killing the bacteria and arming cells throughout the airway with a natural, potent defence,” Bleier explains.

“It's almost like this swarm of exosomes vaccinates cells further down the airway against a microbe before they even have a chance to see it.”

The researchers say their findings provide insight into how the immune system functions, which could be used to develop new treatment methods.

Exosomes are vesicles released by cells and are found in bodily fluid such as blood, urine, and mucous. These particular ones attack bacteria and carry antimicrobial proteins along the airway.

The defence happens rapidly. Within five minutes of making contact with bacteria, the number of exosomes in nasal mucous doubles, and within each one the amount of nitric oxide synthase, an antimicrobial, also doubles.

During the study, the researchers uncovered the mechanism by first simulating an exposure to bacteria in mucous samples,. They then confirmed their findings in live patients.

"The nose provides a unique opportunity to directly study the immune system of the entire human airway – including the lungs," Bleier says.

The findings are published in the Journal of Allergy and Clinical Immunology (JACI).

As trainers in breathing we come across many facts and figures, news items and blog posts all around the net. Some of them are fake, some of them are funny. Most of them are interesting. We want to share with you in this blog what we think can be handy, good to know, or eye-opening. Not all of these items will be closely linked with breathing, we look at health and wellbeing in so many ways. Hope you enjoy it, and if you have any suggestions, please reach out !